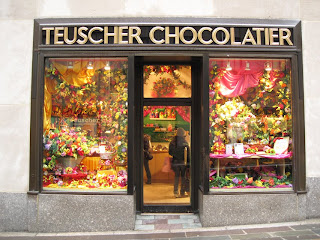 Beads and chocolate, what could be better? On this past, rainy Sunday I went into Manhattan for the opening day of the Manufacturing Jewelers & Suppliers of America Expo. On the way I detoured into Teuscher's Chocolatier in Rockefeller Center for some truffles. Here are a few shots of their Easter windows. 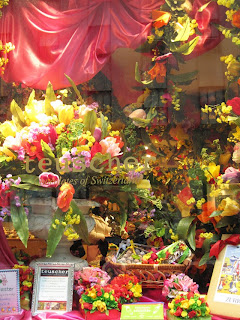 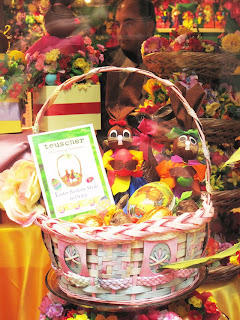 Having bought chocolates for us to consume later, I continued on to the Expo. Most of the shows exhibitors didn't really help me much, being metal casting, insurance, metal machinery, and precious metal jewelry businesses, but I did find some great metal beads at BCM--Ball Chain Manufacturing Co. The nice people at the BCM booth gave me samples of some of their copper beads which I played with last night. 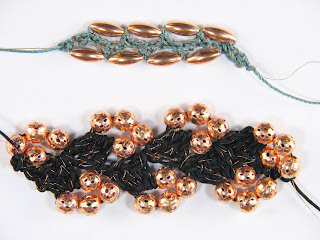 Here are two bead crochet samples using BCM beads. The top one was done with copper, 1/2 inch, elliptical bars and the bottom one uses the 5.5 mm, copper, filligree beads. Their website is http://www.ballchain.com 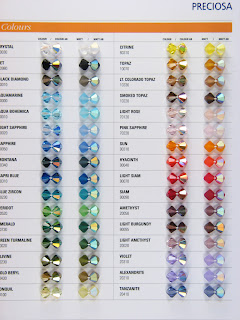 The other discovery at the Expo was Preciosa, maufacturer of Czech crystal beads, pendants, and crystal nacre pearls. It's a name that I had been seeing in advertisements in the bead magazines, so I was happy to have a chat with Larry Brezenoff at the Preciosa booth. Preciosa is an old company located in Northern Bohemia who products are better-known in Europe and South America than in the U.S.A.; they are now hoping to move into North America. I am excited to have an alternative to Swarovski.
At left and below are a few photos of part of the sample card that I got at the Preciosa booth. Their crystals look very nice and are less expensive than Swarovski. The Preciosa people also explained that they have some colors and cuts that Swarovski doesn't have and Swarovski has some cuts and colors that Preciosa doesn't make. 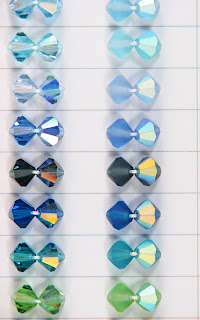 Here is a closeup of a small part of the sample card showing 4 versions of each color from left to right: Color, Color AB, Matt, and Matt AB. I am in love with that matt aqua. The Preciosa website is http://www.preciosa.com. For retail shoppers, Preciosa's crystals are available from Margola Import, 48 West 37th St., New York, NY 10018. Their website is http://www.margola.com.
Posted by Reckless Beading at 7:48 AM 5 comments:

A friend asked me to do a post about our Mushroom foray through the markets of Chinatown in Manhattan so here goes. Unfortunately I forgot to take my camera so there aren't any foray photos, but the streets and the tiny stores were so crowded that I am not sure what kind of photos I could have taken. As it was, we got yelled at and insulted in Chinese for taking up space on the sidewalks packed with Saturday morning shoppers.


Joining the outing was the idea of my husband Don, the amateur mycologist, and was part of the badly-publicized Umami Festival. So we all met at 10:00 am last Saturday at the Macao Trading Company (http://www.macaonyc.com/) on 311 Church Street. The organizers divided the 30 of us into 3 groups and we took off to look at mushrooms. We stayed with the group led by Gary Linkoff, a veritable font of wisdom on the topic of mushrooms.


After we examined and "gathered" (i.e. bought) mushrooms for about 1.5 hours, we all met back at Macao for a show and tell and lunch.People had found fresh mushrooms, dried mushrooms, mushroom powder, and mushroom candy. Lunch was a choice of hot and sour soup or chicken and corn soup and a variety of dumplings prepared by the Macao staff. Here are the mushrooms that Don and I came home with --we skipped the medicinal reshi mushrooms and the ones that started at $700/pound. 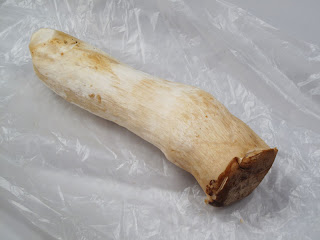 This rather phallic-looking mushroom might lead you to say "what happened to this poor daikon radish?" It is actually a mushroom known as King Oyster or King Trumpet. Unlike many mushrooms, you use the stalk--heck, there's nothing but stalk. I used this as part of dinner that night by slicing it, drizzling oil over the slices, and baking it for 10 minutes in a 400 degree oven. The slices that were thin were tasty, the slices that were thicker were okay but more chewy. 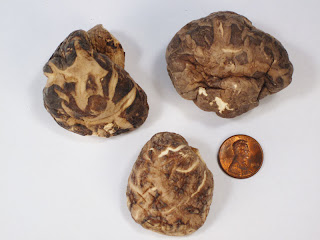 Most of the mushrooms that we saw were actually dried, so here are the first dried ones that we bought. These are shitake mushrooms and the Chinese consider the mushrooms with the most white between the brown sections to be the best. I rehydrated these tonight and made an Italian mushroom sauce (garlic, mushrooms, wine, cream, and Parmesan cheese pureed in a blender) for pasta. We plan to buy these again. 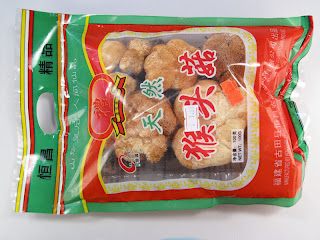 These are dried hedgehog mushrooms. 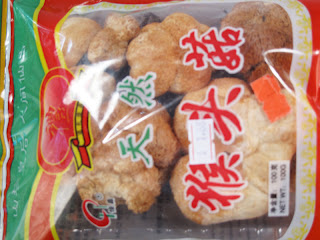 A closeup of the package. 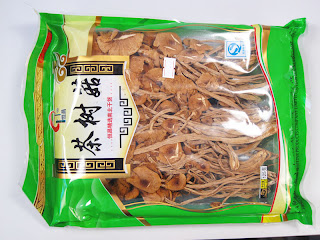 No one was positive what these mushroom are but the guess is honey mushroom. 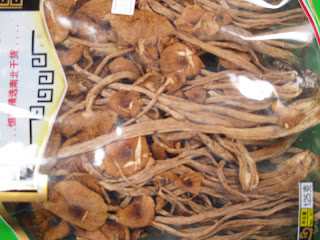 A closeup of the mushrooms.


So I have more mushrooms to try.

Posted by Reckless Beading at 5:34 PM No comments:

I have been playing around with instructions for bead crochet oya from the Turkish book "Anatolian Bead Oyas From Present to Past" by Sevgi Senol. I can't give you the Turkish title or the correct spelling of the author's name because I can't cut and paste the Turkish characters. 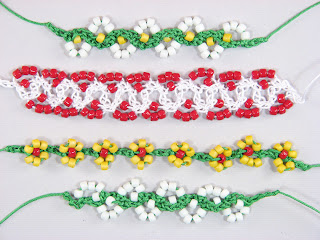 Oya strips made with size 6/0 beads and Chinese cord. 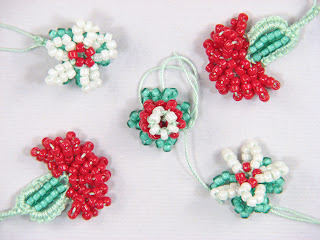 Oya flowers made with size 12/0 beads. The red flowers are carnations, the white flowers are ivy rose, and the red and white one in the middle is a tomato.


It also turns out that the stitch that I learned in Turkey from the shopkeeper in Ephesus is actually another oya stitch. The name of the stitch in parts of Turkey is Snake's Bone--very fitting given my bead crochet snakes. 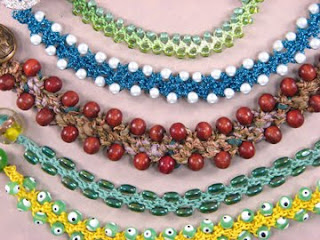 My jewelry using the Snake's Bone oya stitch that I learned in Turkey.

Posted by Reckless Beading at 10:27 AM No comments:

Since I complained about Earthlink, I also have to tell everyone that they activated our service the next day and did finally approve a request to credit my account for the overcharge. I still wouldn't recommend Earthlink to anyone looking for an ISP but our problem is solved.
Posted by Reckless Beading at 10:24 AM No comments: