SMOKE GETS IN YOUR BEADS? WHAT TO DO ABOUT IT


Getting ready for the Bead and Button show reminded me that I had a post to write about how to remove the smell of cigarette smoke from glass beads.  It all started when I was packing some new beads that I wanted to take to Bead Fest Spring the weekend before the show.  I opened the sealed plastic package on some brand new Czech beads and recoiled at the smoke smell coming from the bag.  Yikes, I can't use these as is!  A web search revealed some suggestions, so here are the results of my experimentation:

Airing out the offending beads:  great method if you have a year or two. 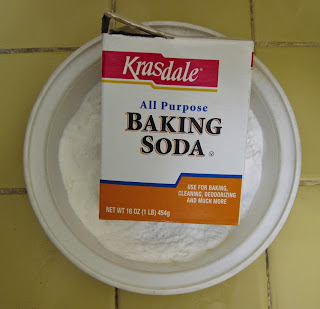 I placed baking soda in a container, added the beads, covered the beads with baking soda, and left it overnight.  Sniffing the beads left me confused: was the smell any fainter?  I really couldn't tell.


Washing the beads:  Then I got smart and asked our own bead guru, Beki Haley of Whim Beads, who suggested that I wash them.  Following her suggestions, I put some water (maybe 3-4 cups or around 800 milliliters) in a small bowl with some unscented dish-washing liquid and a small amount of ammonia.  Sorry, I don't remember amounts but it wasn't a lot of either. 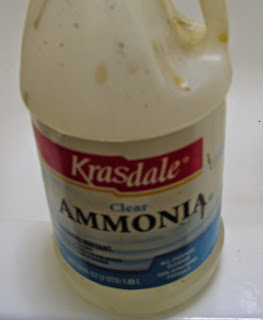 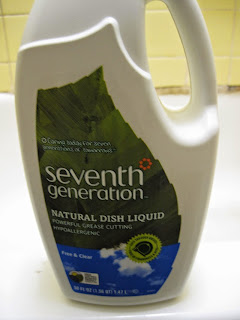 Now the important part: I removed the string from the beads because it had also absorbed the smoke smell.  Heck, it probably soaked up more smoke than the glass beads.  Then the loose glass beads went into the bowl and let soak for a while; 10 minutes did it for my beads.  I did swish them around a bit. 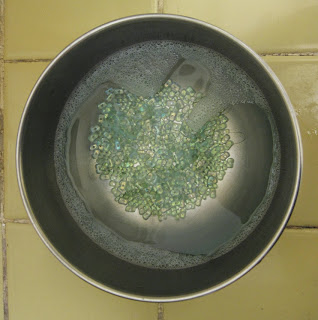 Beads soaking in dish-washing liquid and ammonia
After that, I drained the beads and rinsed them in clean water. 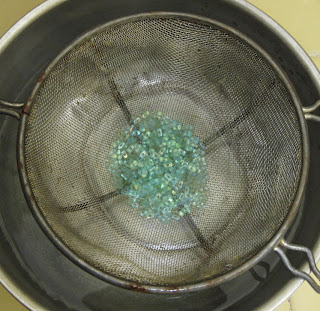 The last step was to simply leave my smoke-free beads on a paper towel to dry. 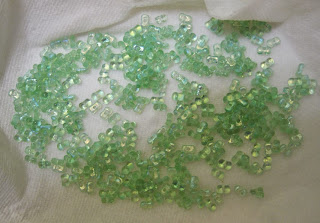 This method won't work on beads that are damaged by water, but it sure worked well on glass beads.  I also read a suggestion that you put the beads in with a dryer sheet but many people wouldn't like to receive beads smelling of fragrance either.  Spraying the beads with Fabreeze, as someone else suggested, would only mask the odor.
Then end of the story was that my wholesaler knew about the smoke problem from other customers and was returning the shipment to the manufacturer.  He sent me replacement beads but I was able to take my squeaky-clean beads to Bead Fest Spring in the meantime.
Posted by Reckless Beading at 12:11 PM 2 comments: